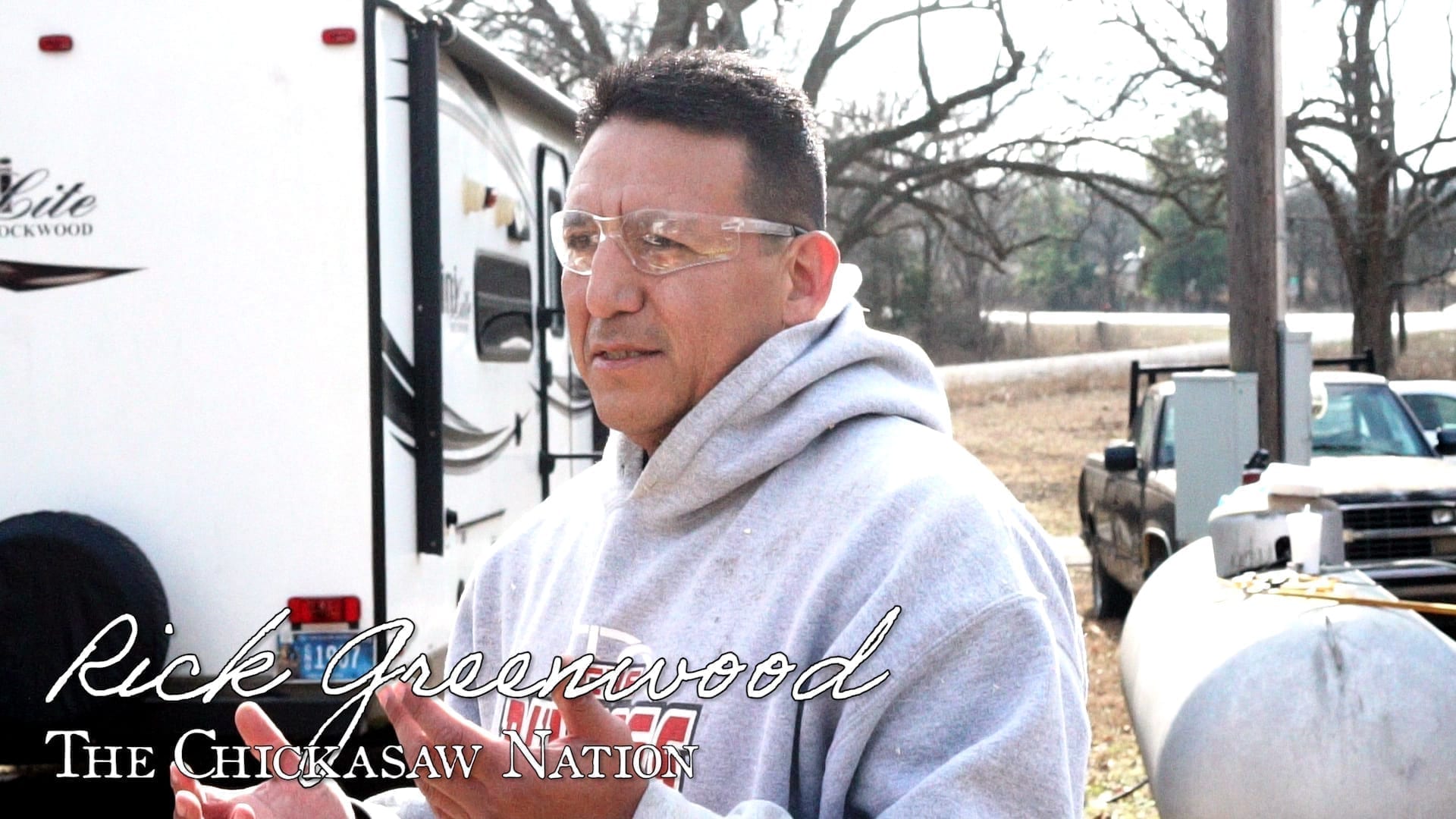 Hello, and welcome to the Stick Maker Series. I’m Justin Skaggs, lead stick maker at Skaggs Wood Works and the curator of WoodLacrosseSticks.com. Today, I would like to feature Rick Greenwood. 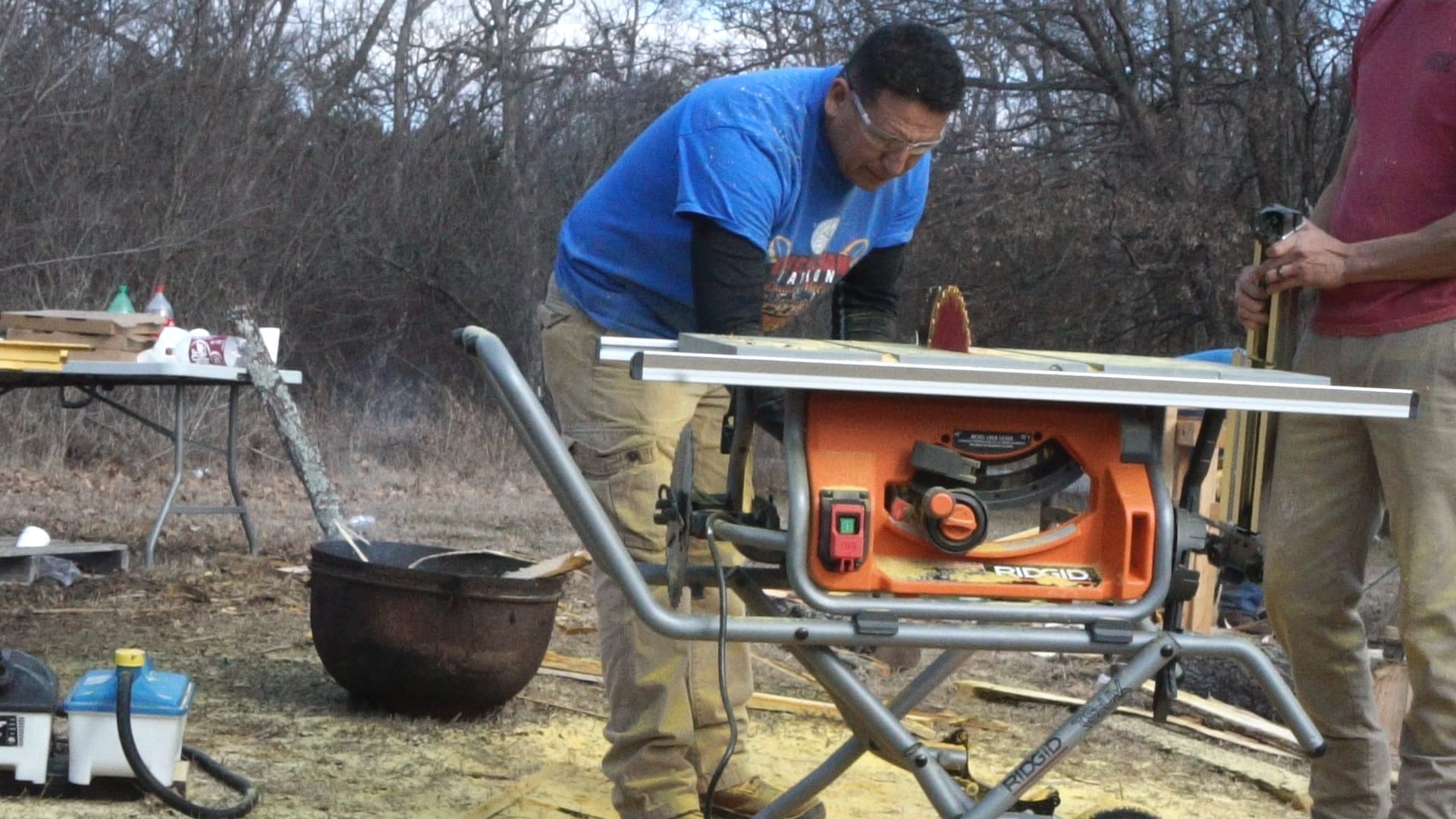 “Hello, my name is Rick Greenwood. I work for the Chickasaw Nation and I’m from Wayne. I’ve been making sticks, I would say, around eight years, and the first person to ever show me how to make sticks, his name was Larry, he was a Chickasaw, and then, from that point on, over the last eight years, I have met some Mississippi Choctaws, some Choctaws, some Creeks, and some Seminoles… and I’ve been fortunate enough for them to let me learn their work, and then, I’ve taken things from them and I’ve kind of made it my own, so there’s been a collection of a lot of makers that have helped me to where I am today.” 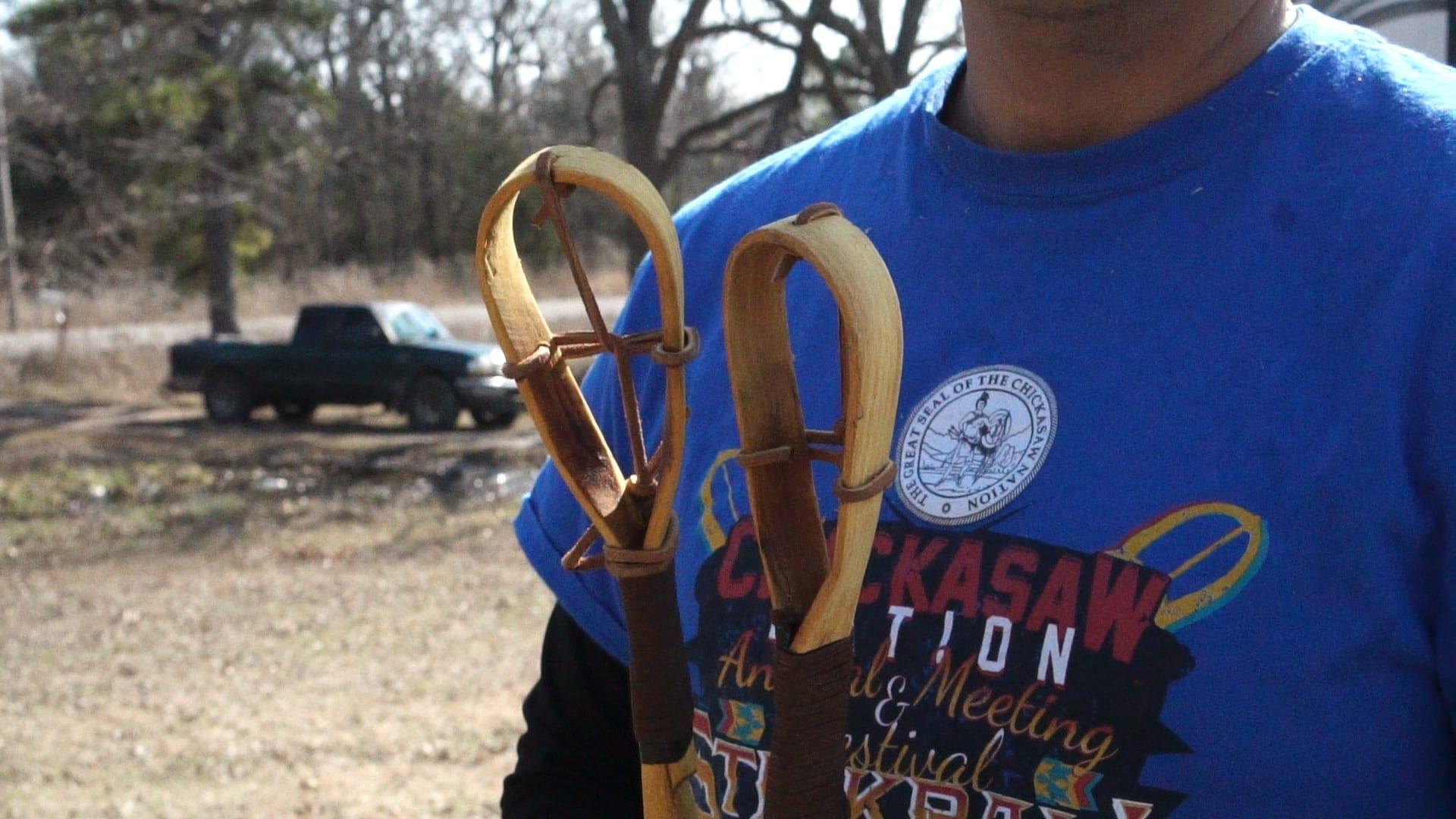 “When I first had seen stick ball, I didn’t play it, and I [thought] it was really rough, and so, I didn’t want anything to do with it, but then, a friend of mine was starting a team, and he needs some players, and I don’t know, it was just kind of like a calling, I just decided to play and I fell in love with it. Well, I’m left handed, and making left-handed sticks or getting left-handed sticks are really hard to come by. So, Larry was willing to show me how to make sticks, and so I went from there and enjoyed it, and wanted to get better at it, and so I just started doing that, and then I was able to make my own left-handed pair of sticks, so that I didn’t have to use someone else’s, or use any right-handed sticks.” 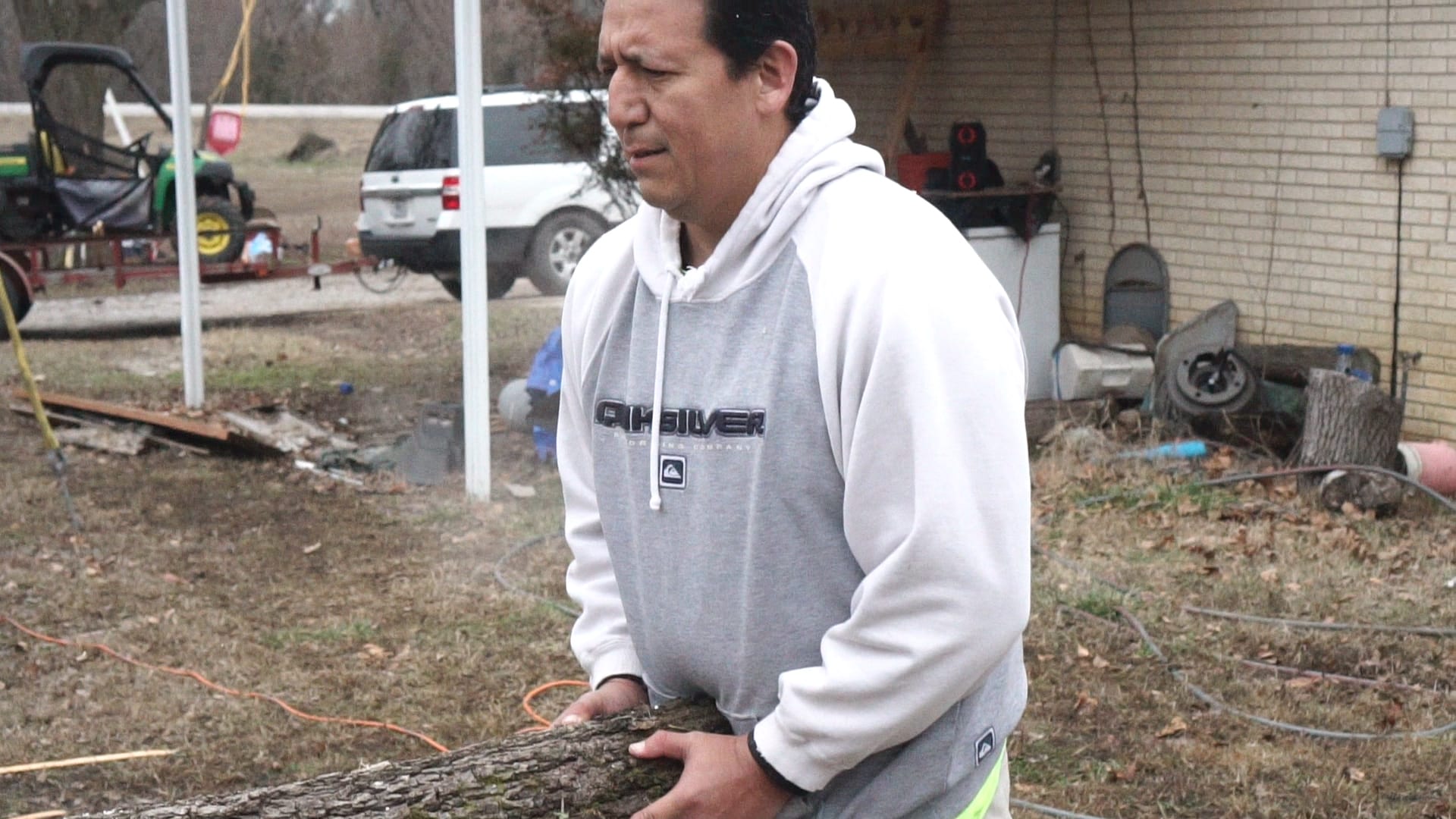 “It’s kind of a lost form now, there’s not many of us that do it. And so, I just, once I started making it and I started learning how to make it, I wanted to do the same thing. I wanted to start making it so I could be closer to my ancestors. And then, share this knowledge with anyone who wants to learn so we could continue having stick makers and stick ball in general in this area, and everywhere…” 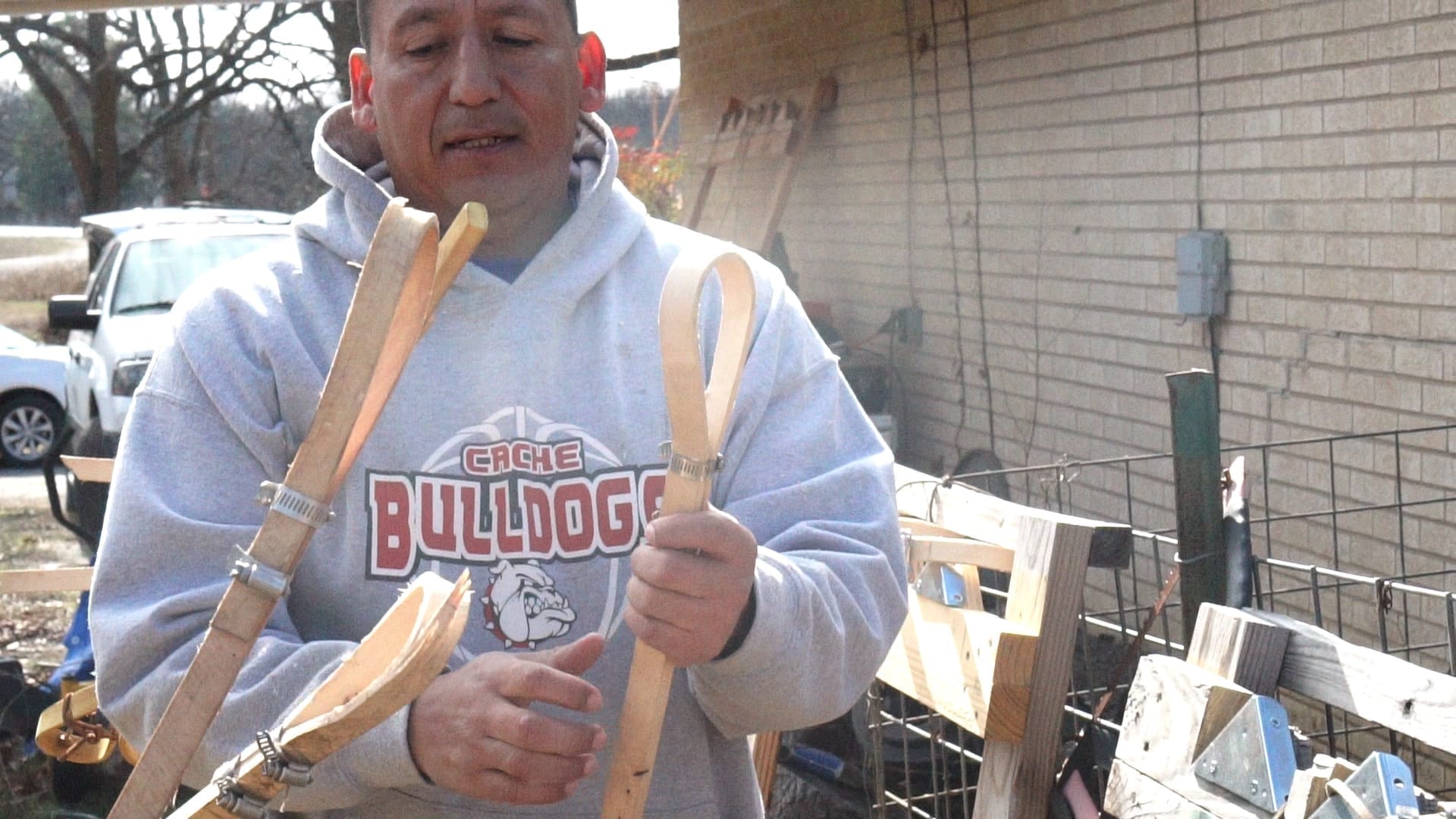 Rick and his fellow Chickasaw stick makers area revitalizing the sport and the craft in their community. I wanna thank him for his time and his knowledge, and I want to wish him the absolute best on his stick-making journey. I’m Justin Skaggs, keep LAXin’.