My latest guest in the wood shop is PJ Martin, the founder of the Lasersharks Box Lacrosse Club, and one of the main guys behind UnCommon Fit and Tri-State Lacrosse. Through the Lasersharks, PJ started one of the most important teams in terms of growing the sport of box lacrosse in America. They often host teams of pros and semi pros, representing the US in tournaments such as the Ales Hrebesky Memorial in Prague.

It turns out PJ lives right over the Ben Franklin Bridge in NJ so I invited him in to give him an opportunity to make a hand-crafted stick for his two year old son. In addition to that, we’re also gonna have to make a Lasersharks custom lacrosse stick to give away on @LaxAllStars, and he was nice enough to throw in some jerseys. 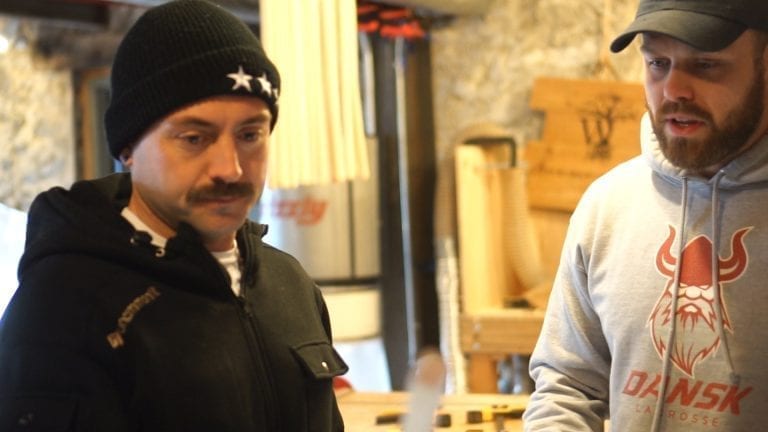 Justin Skaggs: So how long have you guys been making clothes?

PJ Martin: We started 2010. It’s kind of a funny story, I came back from a trip to Costa Rica, and I’d been living with, like a backpack of clothes for, like, 3 months, and I came back, and I had all this old lacrosse gear that I designed for teams I played for, and I came back into a lacrosse camp, and a bunch of kids were interested in it, and I was trying to get rid of all the old gear I had because I was trying to live with less clothes in my life, and less clutter, and it just kinda started from there, I talked to a buddy…

JS: (laughs) So you just gave away your old, dirty, gross clothes and you made a business out of it? 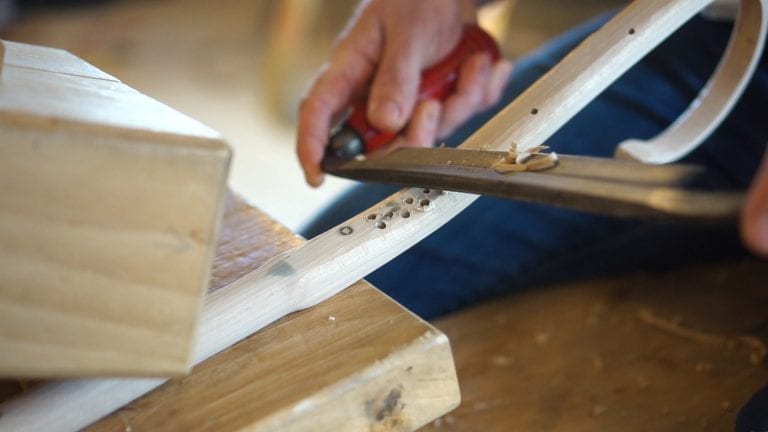 JS: So how many years have you had the Lasersharks?

JS: You guys have made some pretty big headway in a short amount of time.

PJ: Yeah, I think its cause there really isn’t anything else like it out there. There’s a couple clubs that are starting to pop up now, but it’s funny, I played with The Megamen for a long time in Prague, and then…

PJ: That’s Boston Megamen, it’s kind of in-name [only], it started there… And the group that travels every year to the Ales Hrebesky in Prague (it’s actually the 25th Anniversary this year), that group is from all over the place in the Tri-State Area and so [when] we came back home, it was kind of a way for us to get all  the guys back together. And from there, it just grew, and now, we have a lot of good young players coming out…

JS: Yeah, you guys got some decent pros and everything

PJ: Yeah, there’s not many places to play decent box lacrosse, so we’re trying to offer a program in the system that gives guys a legit chance to try to make more of it.

JS: Something in between the NLL…

PJ: Yeah, exactly. It’s always been a dream of mine to have a club where guys don’t have to pay to play good lacrosse… 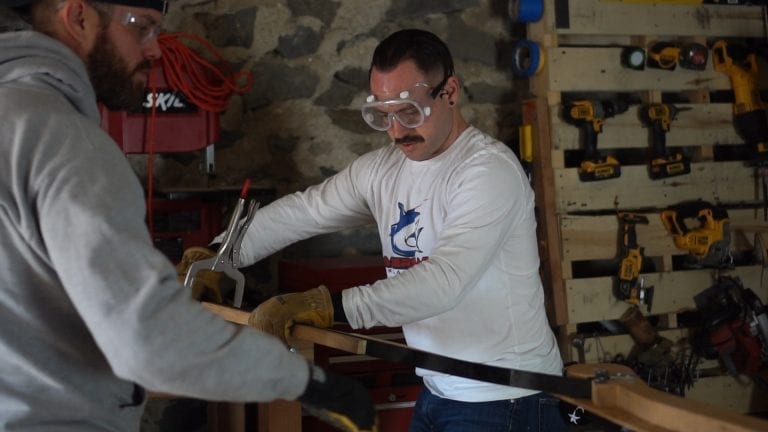 PJ: Yeah. Day job with Tri State Lacrosse, it’s been great. It’s where I grew up and played lacrosse. It’s kind of how I met so many guys in the men’s game, too, who now play for the Lasercharks, so…

JS: So you’re fully in the industry. You do Uncommon Fit. You do the Lasersharks. And then, you got the coaching business. 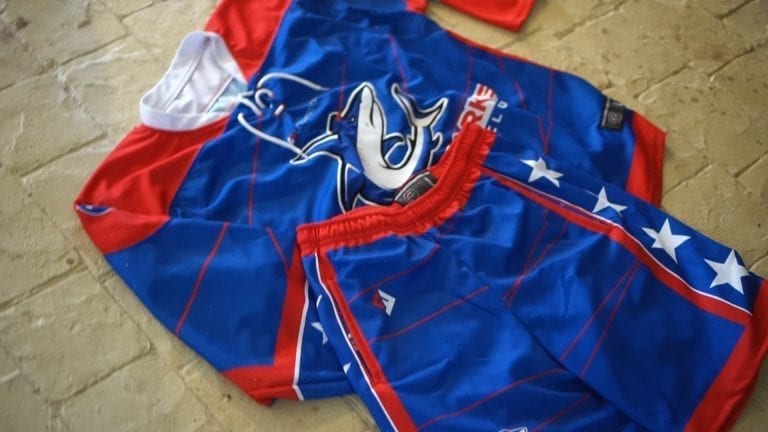 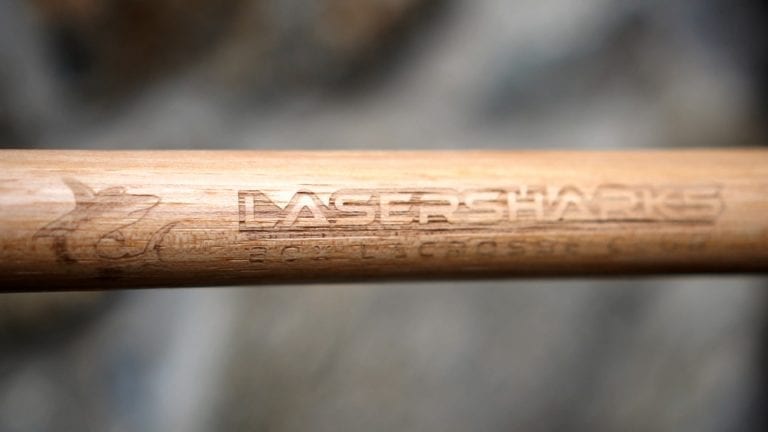 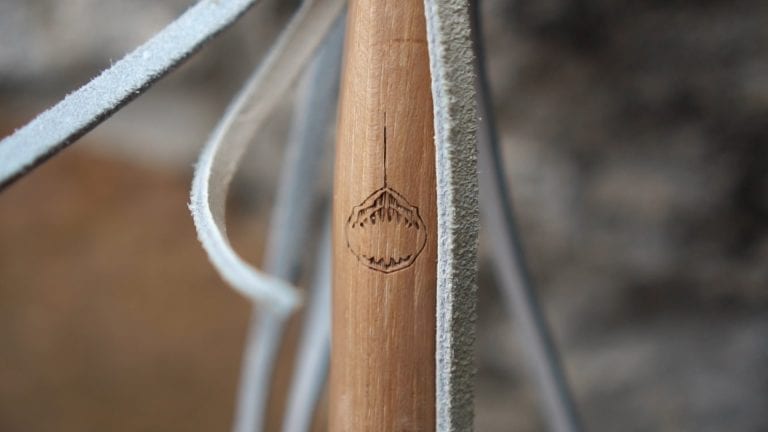 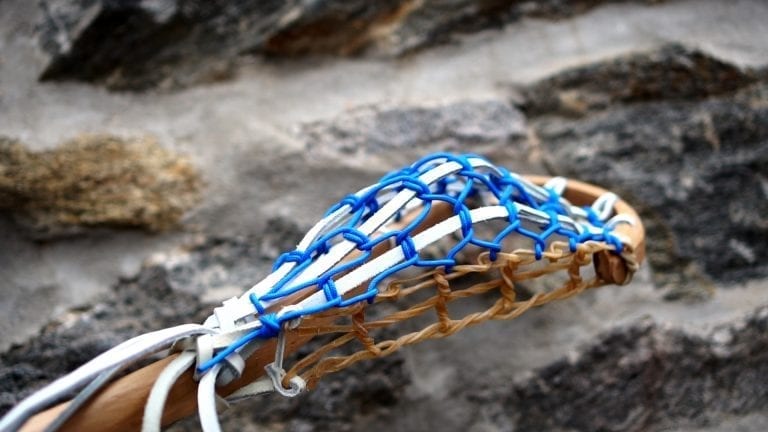 This isn’t a quick process, so I’m gonna have to have PJ back in a couple of months to finish that stick for his son. Also, I want to thank him for, in many ways, growing the game.

As always, we make it and then we give it away. It feels good to not only craft something with your own two hands, but sharing it with members of our community who will appreciate it is why we do it in the first place.

This is one of the hardest things I’ve had to do, but I’m giving this beautiful work of art away to you. Click here and follow the instructions on the @LaxAllStars Instagram!

You better believe we will be back in just 7 days with our fourth Woodshop Series guest. we stay on the topic of box lacrosse with Episode 5’s guest, Alex Turner. This Canadian turned Philadelphian has a lot to say about the Wings’ revival in the city.