Wineman is a good customer of mine and he wanted to take his wife’s old game stick and refab it so he can give it back to her as an anniversary present. 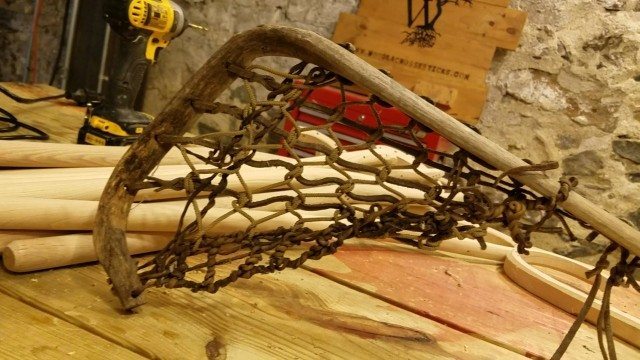 This is not going to be a refab where you take something and actually find new utility in it. It’s just too far gone. The first thing you’ll notice is that the top scoop has started to bend back to its original shape, which creates a really elongated, obtuse angle. Now, the only way to combat that is to re-bend it and when sticks get that old, there’s just nothing you can do. It will get brittle, and it will break, and you just have to move on and accept that this stick is now going to be a piece of wall art. 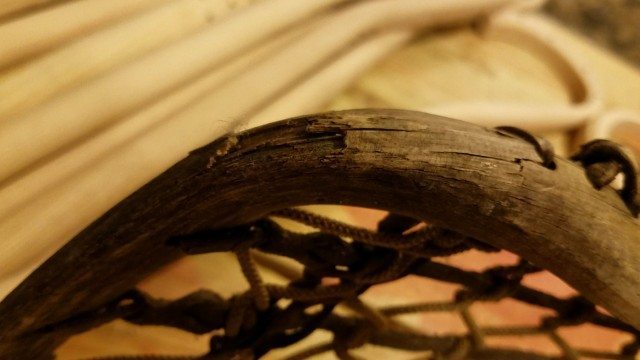 The gutwall was just far too gone. Dry rot got to it and it had to go. Now, if you think about it, since the angle elongated, now, we have a large area to cover. Since I got to replace the gutwall, I put in an extremely long gutwall so that it connected back down to the base of the stick. 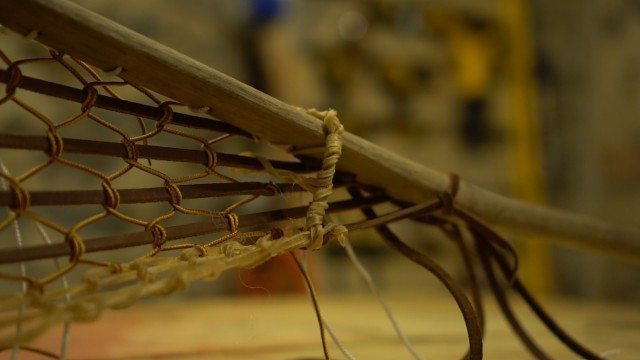 In addition to that, I also strung this pocket in such a way that it created large triangles to fill in the gaps. When I got done with the pocket, I was really happy with how it looked and the space that I made up in the open areas that aren’t normally found in a field stick. What I decided to do was take the shooting string and go along the new, natural curve of the stick. Rather than having it go straight across as if you’re going to play with it, I thought that since this stick has seen so many days, and has been used so much, I may as well put the shooting string where it naturally wants to go. 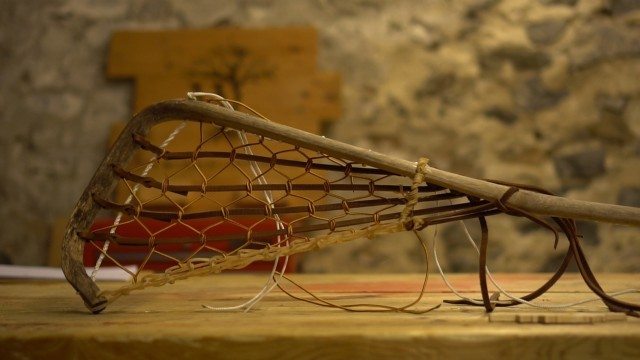 I love doing these kinds of refabs and I love that this stick is going to be appreciated by its owner and original user in a new way, so if you guys ever have any questions or concerns, you can always contact woodlacrosseticks.com or just check us out online for any of our products or refab work. Til next time, take care. Keep laxin’.